Google’s video calling mobile app, Google Duo, has been spotted on Android. The App is allowing Duo users to make calls to other users who do not have the app installed on their smartphones. This feature has been spotted only on Android. According to a post shared by a user named ‘turdbogis’ on Reddit, he noticed that his friend’s Nexus 6P contact was shown to be ready to accept Duo video calls without the app being installed on the smartphone. The user was also able to make a call on the Nexus 6P from the Duo app. The post read, “so I talked to my buddy. he runs a Nexus 6P, stock 8.1 and he DOES NOT have Duo installed (I double checked his phone) he was showing up as having Duo installed (he didn’t have an “invite” next to his name) so I called him. Duo call came though just like he had the app.” 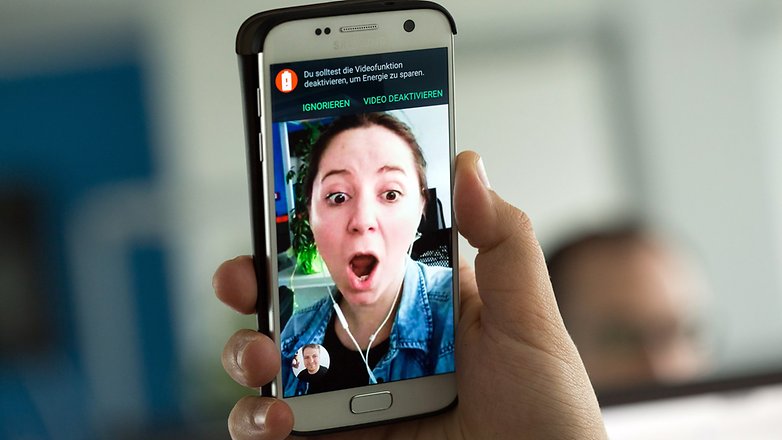 Image: androidpit.com
Normally, Google Duo displays two lists on its App, one with the names of users who have installed the app and the other with names of people who haven’t. The second list will ask the user to invite their friend to the app. Another Reddit user claimed that there was a sudden increase of users in the first list. “Duo will be a default calling service on all Android phones with Google services,” said wgn_luv on Reddit.

There was one more comment by a user on reddit which said, they too have noticed Duo calls pop-up straight on the dialer itself. This allows to make call to non-Duo users and once the call is over, the other person is invited to install Duo App. The comment read, “Yep I noticed this in the dialer the other day. You can call most people with Google Play Services and once the call is over it invites the other person to install Duo to make calls.”

The video-calling app from Google has between 100-500 million downloads, according to the Play Store. As per reports in India, Google had partnered with many smartphone OEMs to pre-install the Duo app on budget devices. It looks like Google might just make Duo, the default video calling option on Android if it does get officially integrated into Play Services. Which means Duo calls could be an option on the dialer in future Android phones.

However, at present this feature has been spotted only on Android phones. Additionally, it is only available for a few users on the contact list.