Baahubali actor Rana Daggubati has lent his voice to a character for the Telugu version of Hollywood film ‘Avengers: Infinity War’. Yes, you heard it right, makers of Marvel Studios’ ‘Avengers: Infinity War’, which features an ensemble of superheroes, has roped in Rana to lend his voice to Thanos in the Telugu version of this Marvel’s much awaited film. 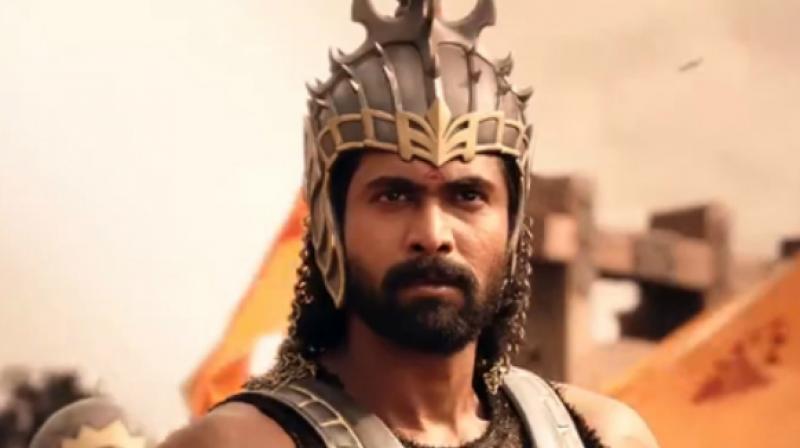 Actor Rana Daggubati, after playing a ruthless character as Bhallaladeva in the magnum opus Baahubali series, is very excited to once again portray as antagonist, which he believes is a character that poses a grave threat to the biggest superheroes in the MCU.

Rana, who has finished dubbing for the movie, said in a statement, “I’ve grown up reading Marvel Comics and Marvel movies with their intricately woven storylines. It is fascinating to see how Marvel has created characters and stories that resonate so well with audiences across the globe, making movies at a scale that one had never before imagined,” actor also added, “Characters such as Iron Man and Captain America have been my favourites. So, dubbing for ‘Avengers: Infinity War’ was thrilling. Voicing for Thanos, a villain so powerful that some of the biggest superheroes have a tough time dealing with, was an exciting experience,”

Bikram Duggal, Executive Director and Head, Studio Entertainment, Disney India said in a statement, “This year marks a milestone for the Marvel Cinematic Universe as it turns 10 and to add to the excitement, we are releasing ‘Avengers: Infinity War’ – the biggest superhero crossover one has ever seen,” Duggal also mentioned about Rana by saying, “With Rana Daggubati coming on board as the voice of Thanos, we are confident of reaching out to a wider audience base while retaining the magnitude and staying true to the ethos of the Marvel brand,” he also added “keeping up with the anticipation around the movie, we are offering our fans in South India an opportunity to experience the grandeur of the movie in a language that they prefer”.

Earlier, Disney India adopted a similar strategy for the hit movie “The Jungle Book” in 2016, signing on a list of A-lister actors including Priyanka Chopra, Irrfan, Nana Patekar, Om Puri and Shefali Shah, to bring to life the famous characters in the Hindi version of the film based on Rudyard Kipling’s famous book. Similarly, actor Varun Dhawan was also roped in to voice for Chris Evans aka Captain America in another MCU film ‘Captain America: Civil War’.