The South Korean giant LG has launched its latest smartphone, LG V40 ThinQ. This smartphone is the successor to their last year’s LG V30 and also the company’s first phone to sport a total of five cameras, which is three on the back and two on the front. Few other highlights of this LG V40 ThinQ include a Snapdragon 845 SoC, IP68 water and dust resistance, Military-grade build (MIL-STD-810 certification), Boombox speaker and a 19.5:9 OLED display with a notch up top. Company focused a lot on audio technology with an improved Boombox speaker in this handset, 32-bit Hi-Fi Quad-DAC audio, and DTS:X 3D surround sound. 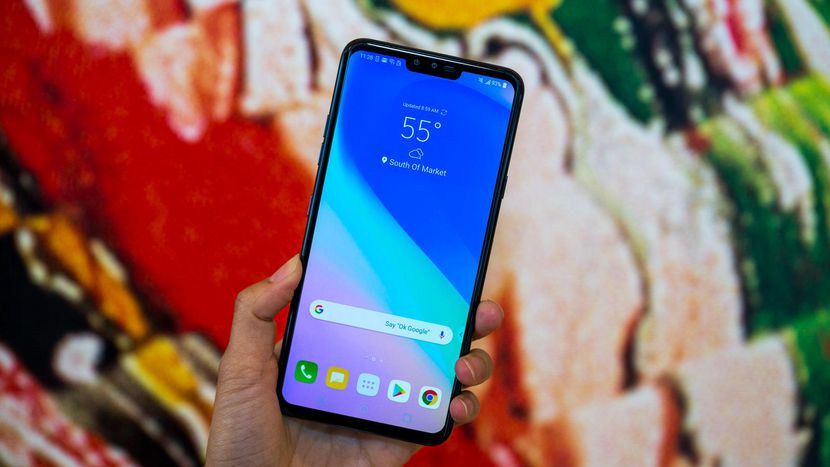 Let us take a look into the specifications of this latest smartphone by LG:

The LG V40 ThinQ sports a 6.4-inch QHD+ (1440×3120 pixels) OLED FullVision panel with a 19.5:9 aspect ratio and Corning Gorilla Glass 5 protection. It is powered by the flagship octa-core Qualcomm Snapdragon 845 SoC, paired with 6GB of LPDDR4X RAM and packs 128GB of UFS2.1 internal storage, which can be further expandable up to 2TB via microSD card. This Duel sim support device runs Android 8.1 Oreo out-of-the-box.

Coming to the camera department, this handset features a unique triple camera setup on the rear side, which includes a primary 12-megapixel sensor, second is 16-megapixel ultra-wide-angle sensor and the third is 12-megapixel sensor sports a telephoto lens and 45-degree viewing angle. This phone also comes with a new Triple Preview feature that lets users take three simultaneous shots from the three rear cameras to enable you to pick the best among them.