Lenovo has launched its latest smartphone Lenovo K320t in China. The company has expanded its K-Series of smartphones with this new device. Different from the previous K-Series models, the Lenovo K320t is the first to offer a full-screen view and two rear camera sensors. 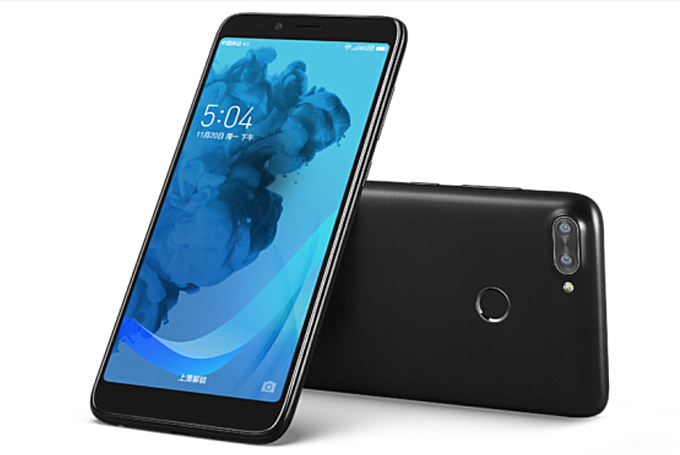 Image: GSMarena.com
Let us look into the Specifications of this new Smartphone by Lenovo.

Lenovo K320t comes with a 5.7-inch HD+ (720×1440 pixels) display with an 18:9 aspect ratio 2.5D curved glass protection. It is powered by a 1.3GHz quad-core Spreadtrum processor, coupled with 2GB of RAM. It has a 16GB internal storage which is further expandable up to 128GB via microSD card. This smartphone runs Android 7.1.1 Nougat. Coming to the Camera, it has a dual camera setup on the rear with a primary 8-megapixel autofocus sensor and a secondary 2-megapixel fixed-focus sensor. Up front it has a 8-megapixel camera sensor. On the connectivity options, the duel-SIM Lenovo K320t device has 4G, Wi-Fi, Bluetooth, GPS/ A-GPS, Micro-USB, FM radio, and 3.5mm audio jack. Sensors on board include ambient light, gravity, and proximity sensor. This smartphone is fuelled by a 3000mAh non-removable battery. The smartphone also has a fingerprint scanner on the back.

The Lenovo K320t smartphone is priced at 9999 Yuan (Roughly Rs 9,880). It is available for pre-booking through JD.com. It will go on sale from January 4th in China in Black colour variant. There is no official reports about this new smartphones launch India yet.