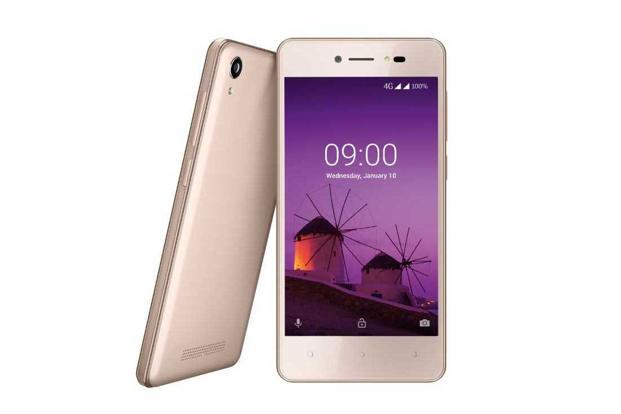 Image: Livemint.com
The Tech Giant Google, announced Android Go at its Google I/O 2017 Conference in May last year. The version was released to the developers and testers in December 2017. Now, this is being made commercial with the launch of phones like the Nokia 1 and Lava Z50. With Android Go Google aims to offer an enhanced experience to budget smartphone buyers and for this, it has joined hands with many Indian and international smartphone brands including Nokia, Micromax, and Lava to bring out Android Go smartphones.

However, Lava is yet to reveal the detailed specifications of the Lava Z50. Details such as the battery capacity, maximum expandable storage via microSD card, dimensions, and weight are missing in the press release.

Now, let us look into the specifications of this new Lava Z50 that are been revealed by the company.

The Lava Z50 sports a 4.5-inch FWVGA (480×854 pixels) display with 2.5D Corning Gorilla Glass for protection. It is powered by a 1.1GHz quad-core MediaTek MT6737M SoC, coupled with 1GB of RAM. It comes with 8GB of internal storage that is further expandable via a microSD card (up to how much is not revealed yet). Coming to the camera department, The Lava Z50 packs a 5MP rear and a 5MP front camera, both come with LED flash and dual Bokeh mode. The company claims that the Z50 supports up to 10 major Indian languages for search which includes Hindi, Gujarati, and Tamil. Being an Android Go device, the Lava Z50 will be preloaded with optimized Google Go edition apps such as YouTube Go, Maps Go and Gmail Go.

Lava is yet to reveal the cost of this entry-level smartphone Lava Z50. However, it is said that the phone will come bundled with a cashback offer of Rs 2,000 from Airtel as part of its “Mera Pehla Smartphone” initiative. Additionally, the Lava Z50 will also come with a 2-year warranty like the rest of Lava Z-series smartphones. This new Lava smartphone will go on sale in mid-March, which is when it will be available via 100,000 retail stores. Meanwhile, the Nokia 1 is expected to go on sale sometime in April. The new Lava Z50 will be available in Black and Gold colour variants.