The World Wrestling Entertainment known as WWE is no stranger for participants from India. Wrestlers like The Great Khali to reigning WWE champion Jinder Mahal, the nation has produced a number of professional wrestlers who have proven their best for the company. However, there was never a woman wrestler from India until Kavita Devi of Haryana broke got into the Mae Young Classic tournament. 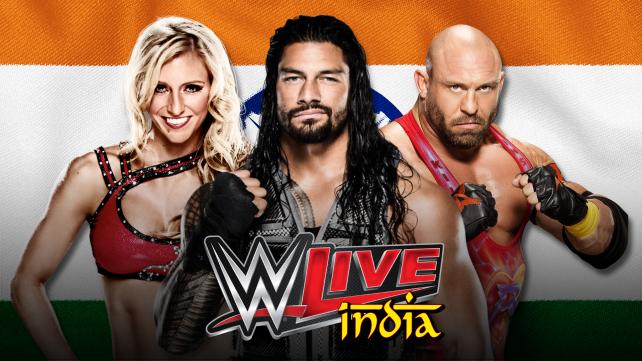 Image: sportzmode.com
Remember that video of an Indian woman wearing an orange salwar-kameez accepting an open challenge of a professional wrestler and then totally slaying it? The video had gone viral last year, it shows how a Punjabi former mixed martial arts (MMA) champion fights it out at an event held by Continental Wrestling Entertainment, a promotion and training school launched by the Indian WWE champion The Great Khali. The woman was Kavita Devi, a woman wrestler from Haryana who has broken the glass ceiling. India may be able to boast of many a wrestling talents Tiger Jeet Singh to The Great Khali, but until Devi, India had never seen aIndian woman fighting in a WWE ring.

Kavita Devi, the former Haryana police officer is back in the news again.In the new video from August 30 this year, Devi wore a saffron salwar-kameez again andfought New Zealand-based Dakota Kai in the first round of the Mae Young Classic, which is WWE’s first all-woman competition. Although she was defeated in thatfight, her wrestling skills and ring attire (salwar kameez) caught the attention of a lot of wrestling fans.

Coming from Haryana, Kavita underwent training to be a professional wrestler under the guidance of The Great Khali at his Punjab based wrestling promotion and training academy.Earlier this year, Kavita Devi became the first Indian woman to compete in WWE when she was included in the Mae Young Classic tournament. Kavita Devi was part of WWE Dubai try-out earlier this year and because of her impressive performance in the trials, she was among the 32 participants taking part in the tournament.

As per Reports, when asked about her inclusion, Vice President, WWE Talent Development, Canyon Ceman, said, “Kavita Devi gave a strong performance at WWE’s 2017 Dubai try-out. She is an athletic and extremely strong woman who demonstrated a solid grasp of the fundamentals of sports entertainment, and a passion to improve that will serve her well in WWE’s upcoming Mae Young Classic tournament.”