The 2 min 24 sec trailer opens with a green-room shot, where Sunny Leone appears to be prepping for an interview. It begins with a journalist introducing her to the viewers, as the one actress who is very much loved in India but is also subjected to equal hatred. Immediately, we are taken to Sunny Leone’s childhood days, were she was known as Karenjit Kaur Vohra, who is an Indian immigrant in Canada with her family. Later the trailer shows us about the financial difficulties that run in their family, which encouraged Sunny to join a career in adult film industry. 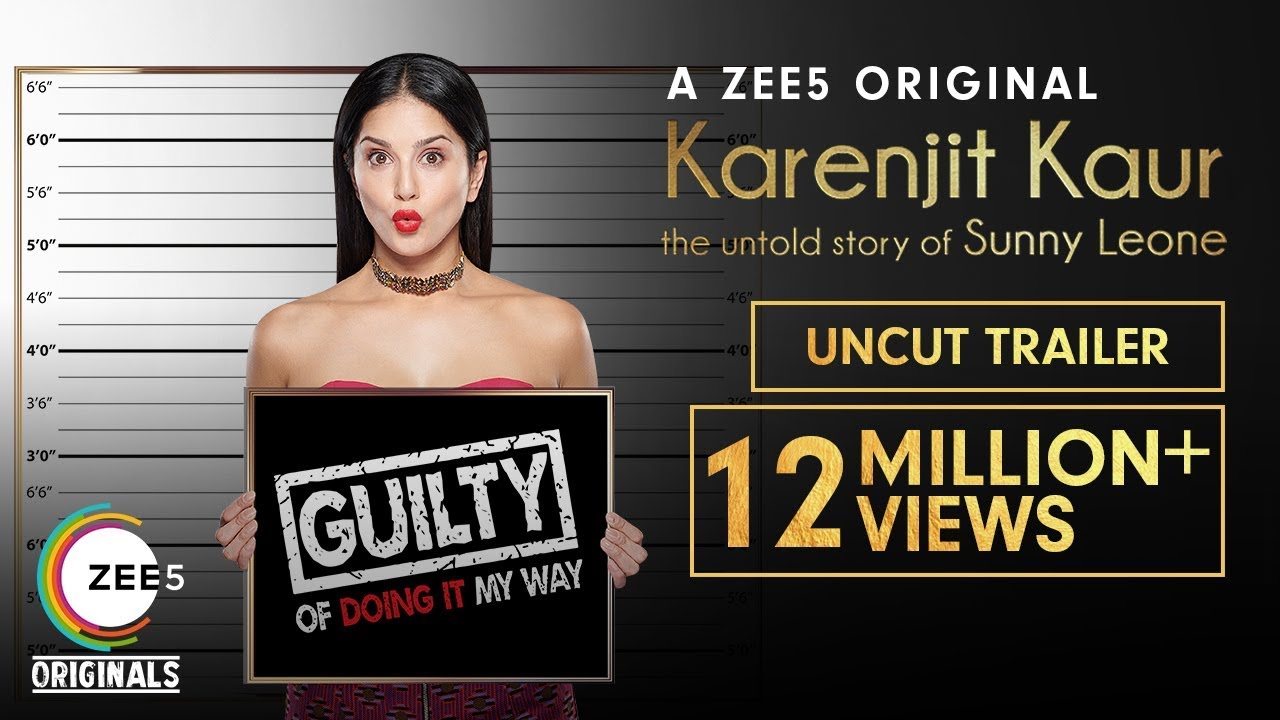 The trailer also shows us a glimpse of that phase, where she was selected as men’s magazine Penthouse’s ‘Pet’ for March 2001 at the age of 19. The video also shows us a beautiful depiction of Sunny Leone’s bond with her brother Sundeep. The trailer ends with a reference to the Sunny’s controversial interview in 2016, which was criticised for being sexist in nature and the interviewer was largely condemned for his choice of words. In the trailer, looks like Sunny is trying to adjust in her seat as she’s reminded that adult film stars are often equated with sex workers but, she comes back with a befitting reply.