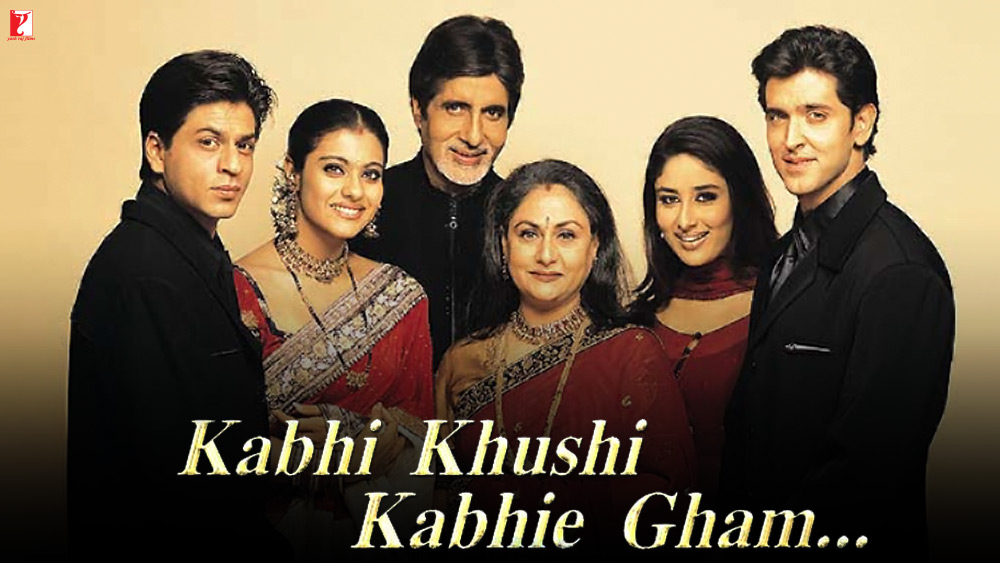 The 2001 hit film Kabhi Khushi Kabhie Gham is a story of two sons, in which one of them is adopted. The family gets split then later reunites and realising that bonds of love are no less strong than those of blood. Kajol was SRK’s onscreen wife in the movie while Kareena played Hrithik’s love interest. This film also featured Rani Mukerji in a guest appearance.

If the reports are to be believed, Bijoy Anand, who played Kajol’s wayward fiancé in the 1998 romcom Pyaar Toh Hona Hi Tha, has been cast to play Amitabh Bachchan’s patriarch, Yashvardhan Raichand, while Kuch Rang Pyar Ke Aise Bhi actress Erica Fernandes is in talks to play either Kajol’s role as Anjali or her younger sister, Pooja (popularised by Kareena as ‘Poo’). Rajat Tokas of Jodha Akbar fame is being considered to play the role of Shah Rukh Khan as Rahul and Varun Sood, who was last seen on MTV Splitsvilla, is in talks to play Rohan, Rahul’s younger brother, originally played by Hrithik Roshan. However, none of these actors have confirmed the news and their role in the project. The actors will be finalised after a look test.

On the work front, Ekta Kapoor has been focussing on her digital platform, Alt Balaji of late. There are some reports that are making rounds, which suggest that she is planning to make a fantasy drama series for the platform, similar to popular Tv series Game of Thrones. A popular website report quoted a source as saying, “Though not an official adaption, the project will have the feel and look of the medieval drama. It will have a heavy dose of sex in it.”