We all know that internet is not a safe place for the people who are innocent because hackers and scammers are always up to something with intentions to scam you with either your data or your money. Thousands of high-quality apps filled in the Apple iOS and out of them there are few that can charge you a huge amount of money for nothing and you may have no information about it. Fun fact is that some of these applications have been top in the App Store rankings. Johnny Lin in his article titled “How to Make $80,000 Per Month on the Apple App Store” gives information about many apps which are free to download, which can hit you with high weekly subscription fees. 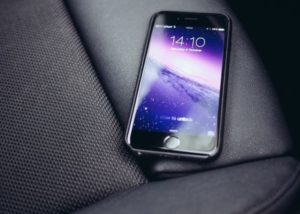 Image: Dealspotr.com
In one of the cases about charging as much as $99.99 (around £80/AU$130) every 7 days. One app was questionably called ‘Mobile protection:Clean & Security VPN’ and was ranked number 10 in the top grossing productivity apps section of the store.It would be an enormous rip-off if it even worked, but there’s little evidence that it kept your phone clean and secure as claimed.But ever wondered how do such ideas work? The answer, according to the report, is search ads. There is no filtering or approval process for them, so sketchy app developers can pay to have their apps listed high in search results. In the case of the example above it only takes 200 people falling for it to achieve those sorts of revenue levels, thereby getting it into a top 10 list becomes even more visible. Lin, wrote, “I scrolled down the list in the Productivity category and saw apps from well-known companies like Microsoft, Evernote, and Dropbox. That was to be expected. But what’s this? The 10 Top Grossing Productivity App (as of June 7th, 2017) was an app called “Mobile Protection: Clean & Security VPN”.

To know how this could be done Lin installed and opened the app, and was soon directed to start a free trial for an anti-virus scanner. Tapping on the trial offer then threw up a Touch ID authentication prompt containing the text “You will pay $99.99 for a 7-day subscription starting Jun 9, 2017”. The report analysed the number of downloads for these apps and pointed out that the scammer just needs to convert 0.4 percent people into enrolling for the weekly or monthly subscription charges to earn about $80,000 per month.Lin went deeper and found that there were several other similar apps making money off the same scam, suggesting a wider disturbing trend, with scam apps regularly showing up in the App Store’s top grossing lists. It is a strange thing to be happening on Apple store since it has very strict mechanisms in place. Hopefully, when iOS 11 launches it will remove these bugs as well.

How to Avoid the scams

Let’s hope that Apple might improve its search ads service soon, to prevent this happening, but in the meantime, it’s not too tricky to avoid falling victim.

Firstbe careful of anything that’s listed as an advert, since it’s not organically at the top of listings. These scam apps generally seem to be listed as virus scanners, VPNs and password managers, so be particularly careful of them. Especially virus scanners, as just about all the legitimate ones have been removed from the App Store.And, be careful of spelling mistakes, broken English and a general lack of polish. And look at the reviews like if the app may have a five-star rating but if the attached comments look suspect or don’t go into much detail they could be fake reviews. And of course, check for any IAPs.

However, it is important that you should report such scam apps if you detect them and inform others too.