The biggest highlighted announcement Apple made at WWDC 2017 was iOS 11 with several new features to iPhones and iPads. iOS 11 stole the show with announcements related to Siri, redesigned Control Centre, and several other features.Developers can download a preview of iOS 11 at developer.apple.com. The rolling out of iOS 11 to public will be available later this year for the iPhone 5s and later, all iPad Airs, iPad Pros, iPad 5th generation, iPad mini 2 and later and the iPod touch 6th generation. 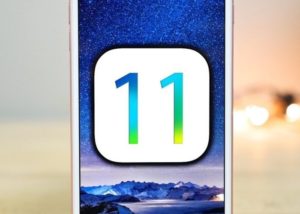 iOS 11 brings many changes and Here’s a look at some of the features iOS.

Siri in iOS 11 comes with new voice for both genders in order to make it sound more neutral. Siri will also be doing on-device learning by which it allows Siri to send you predictive notifications based on what you asked with increased context sensitivity. Siri will be doing all of this based on your search and browse history on your iPhone. The on-device learning will help Siri to evolve into a more personal assistant which can be accessed by you on all your Apple devices that are synced. This new Siri also gets a new visual interface which is more pleasing to the eye and you can now tell Siri something in English and ask it to translate in one of thesefollowing languages for now like Chinese, French, Italian, and Spanish, and more will added in due course of time.This is a very handy feature when you are travelling to countries that don’t speak your native or the common language.

In iOS 11, Apple is completely changingits App Store app user interface like the bottom of the App Store will consist of tabs like Today, Games, Apps, Updates and Search. The Today section will highlight featured apps and games based on certain themes, the Games section will feature game app demos, pricing information and separated rankings,The Apps tab will highlight featured apps and contain curated galleries of apps based on various themes selected by Apple employees. Other than this the App Store will have a section called The Daily List, which will contain recommendations based on a certain theme selected by Apple employees.

Now Apple Maps will come with brand new features with iOS 11 like adding speed limits, lane guidance, and even indoor mapping. Indoor mapping will essentially show you the internal trajectory of a public space, and Apple is first introducing it to malls and airports in this following specific cities. Malls will be updated in around eight cities including Chicago, Hong Kong, New York, and Tokyo. Airports will be updated at around 30 cities including Chicago, Hong Kong, New York, Tokyo, Boston, London, Los Angeles, Philadelphia, San Francisco, San Jose, and Washington DC.

Do Not Disturb While Driving

iOS 11 brings a feature called ‘Do Not Disturb While Driving’. This will not give you any notifications, and keeps your screen blank till the time you’re driving. It even sends automated text replies to senders alerting them that you are driving. You can remove few users from this feature and get notifications from them if you prefer. Apple determines you’re driving using a Bluetooth connection or Wi-Fi Doppler, and automatically activates this feature. However, you can exit this mode if you want to at any time you prefer.

There are few more updates coming with IOS 11 like Apple Music Profileswhereyou can see what your friends are listening to and check out the playlists that your friends curated, Improvement in Lock Screenwhereyou can see all your Notifications in one place by simply pulling it down like a cover sheet from the top of the screen. Then you will be able to see both your recent and missed notifications in one place, Control Centre is Redesigned, Camera App Update and many more.