Honor, a Huawei Terminal brand unveiled the company’s latest flagship-level offering, the Honor V10 smartphone. This new smartphone sports an edge-to-edge display similar to the Honor 9i, Honor 7X and Huawei’s Mate 10 Pro. The only difference u can spot is on the front they includeda home button like the Mate 10 which also works as the fingerprint scanner, something that is not seen these days with bezel-less phones. This means that the rear of the V10 sports a clean metal unibody design with just the Honor logo on the middle and a dual camera setup on the top left. The back also looks similar to Honor 7X, but the antenna lines here have been pushed to the edges. 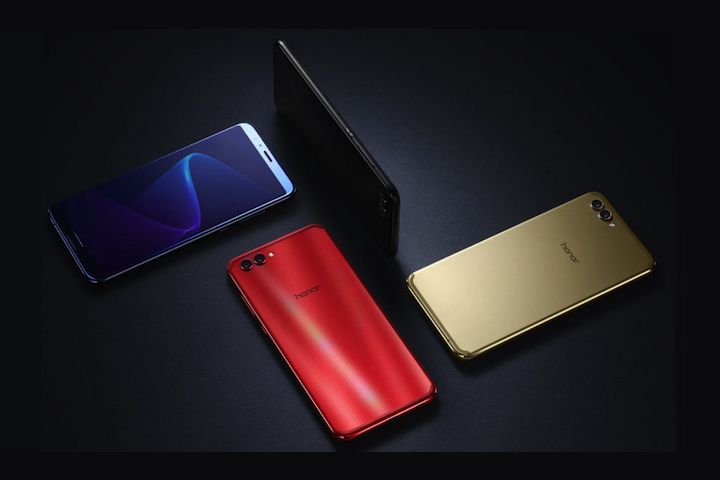 Image:digitaltrends.com
Now, let uslook into the specifications of this new smartphone.

The Honor V10 is a dual-SIM (Nano) device. The smartphone bears a 5.99-inch full-HD+ (1080×2160 pixels) IPS LCD display with a pixel density of 403ppi and a 18:9 aspect ratio. It runs on HiSilicon Kirin 970 SoC with four Cortex-A73 cores clocked at 2.36GHz, four Cortex-A53 cores clocked at 1.8GHz, and an i7 coprocessor. The V10 comes in three memory variants, such as 4GB/64GB, 6GB/64GB and 6GB/128GB variants. The internal storage on this smartphone can be further expanded up to 256GB via microSD card in a hybrid dual-SIM configuration. Coming to the camera department,the rear camera setup on the smartphone sports two sensors, such as one is 16-megapixel RGB sensor and the other a 20-megapixel monochrome sensor with PDAF, dual-LED flash.

The Honor V10 bears a 13-megapixel sensor on the front.Connectivity options on the Honor V10 include 4G VoLTE, dual-band, Wi-Fi 802.11ac, Bluetooth v4.2, Infrared, GPS/ A-GPS, NFC, USB Type-C (2.0), and a 3.5mm headphone jack. Sensors on board include accelerometer, ambient light sensor, digital compass, gyroscope, and a proximity sensor. It bears a fingerprint sensor on the home button. The smartphone is powered by a 3750mAh batterywith the help of 5V/ 4.5A fast charging support, that’s claimed to deliver up to 23 hours of talk-time on 3G, and 22 days of standby time.

Now, let us take a look into the cost of this new device.