The Search engine giant Google in its latest announcement after considering theterrorist attacks in the recent months has announced four steps that google is taking in order to fight online terrorism.

Over the past few months, Google and its product services, especially YouTube have been under pressure from some governments to crackdown on the spread of terrorism and extremist videos. The search giant has taken to its official blog and announced about the detail measures the company is adopting to control the issue. 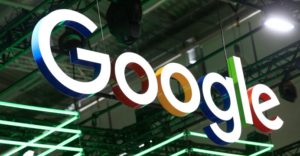 In its blog, Google mentions that there should be no place for terrorist content on our services on the interwebs. And while Google knows that it has already taken certain measures, such as reviewing and removing abusive content, using cutting-edge machine learning and image-matching technology to prevent re-uploads. But in order to control the spread of extremist content, the search giant has now realised that it needs to adopt more steps.

Here are the four steps that the search giant has outlined to remove terrorism-related content not only on Google but also on YouTube.

At first Google mentions that it will now be assigning more engineering resources and advanced machine learning. Which will enable the search giant to identify and remove extremist and terrorism-related content.This is significant for detecting and removing inappropriate YouTube videos, which can either be informational or promote violence. “We have used video analysis models to find and assess more than 50 per cent of the terrorism-related content we have removed over the past six months,” mentioned in the blog.

Google states that it is further adding to the number of independent experts in YouTube’s Trusted Flagger program in an attempt to improve its chances of catching such content.While these machines have grown powerful enough but they are still not completely competent in identifying extremist videos on YouTube. It still requires support from humans and Google is aware of it. Thus, Google is taking these steps, “We will expand this programme by adding 50 expert NGOs to the 63 organisations who are already part of the programme, and we will support them with operational grants.We will also expand our work with counter-extremist groups to help identify content that may be being used to radicalise and recruit extremists,” mentioned in the blog.

YouTube has already taken some firm steps to improve on the placement of ads on the platform. If you don’t know, some of the most high-profile brands had quit the video streaming platform for the ads were being placed on or next to extremist content for which the company is taking more steps to prevent another situation from happening on the platform, but it is now also adding an interstitial warning and stripping the video of monetization if it contains inflammatory religious or supremacist content. The said videos will neither appear in recommendations nor will be eligible for user comments or endorsements. This now leads YouTube to expand its efforts on fighting against terrorism. To which, the post says, “We are working with Jigsaw to implement the “Redirect Method” more broadly across Europe. This promising approach harnesses the power of targeted online advertising to reach potential ISIS recruits and redirects them towards anti-terrorist videos that can change their minds about joining.”

As per reports, not only Google which isin the fight against terrorism. It has been joined by their competitors andother giant companies which includes Facebook, Microsoft, and Twitter, who’re currently working on the development of a common platform to accelerate their rate of action against extremist content online.