Finally, the teaser of Akshay Kumar’s most anticipated sports drama Gold is out. From the looks of it, the Khiladi Kumar looks all set to entertain the audience once again with a spirited performance. The one-minute long video features Akshay Kumar in a Bengali avatar who is madly in love with hockey and madly in love with his country. Gold shows the struggle of a hockey coach trying to convince his team as well as the system that he can get India a gold in the Olympics.

As per reports, Gold is based on the true incidents of India’s first Olympic gold as a free nation in 1948 in the sport of hockey. Akshay can be seen portraying the role of a hockey coach in the film. Other than Akshay who has dominated a major part of the teaser, we also have flashes of what Mouni Roy and Amit Sadh’s characters will look like. 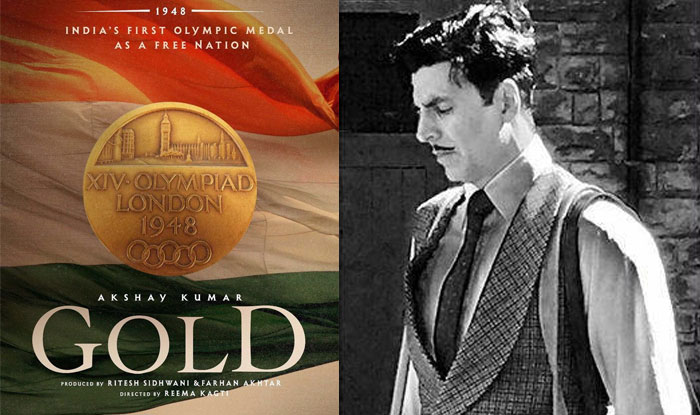 Source: Youtube.com
Gold, directed by Reema Kagti, who has written the screenplay for films like Dil Dhadkne Do, Talaash and Zindagi Na Milegi Dobara. Gold also stars Mouni Roy (who is making her Bollywood debut), Kunal Kapoor, Amit Sadh, Vineet Singh and Sunny Kaushal among others. Gold is being produced by Farhan Akhtar and Ritesh Sidhwani’s Excel Entertainment. Keeping in mind about the patriotic sentiment of the country, Gold is scheduled to release on Independence Day 2018 (AUG 15).

Meanwhile, Akshay Kumar is all set for his upcoming film PadMan, produced by wife Twinkle Khanna. The film is said to hit theatres on Feb 9. Akshay also has 2018’s much-awaited movie 2.0, were he will be seen sharing screen with superstar Rajinikanth.