Finally, the teaser of much awaited Vijay Devarakonda’s romantic comedy Geetha Govindam is out. The teaser for the film that was supposed to release on July 22 but got postponed and finally released. With this teaser both the main characters of the film Geetha and Govindam are here to give you a glimpse of how beautiful their love story is.

The lead actor Vijay Deverakonda shared the teaser for his fans on his social media handle and wrote, “Rowdies, nenu maaripoya. I am completely decent now. #GeethaGovindamTeaser” 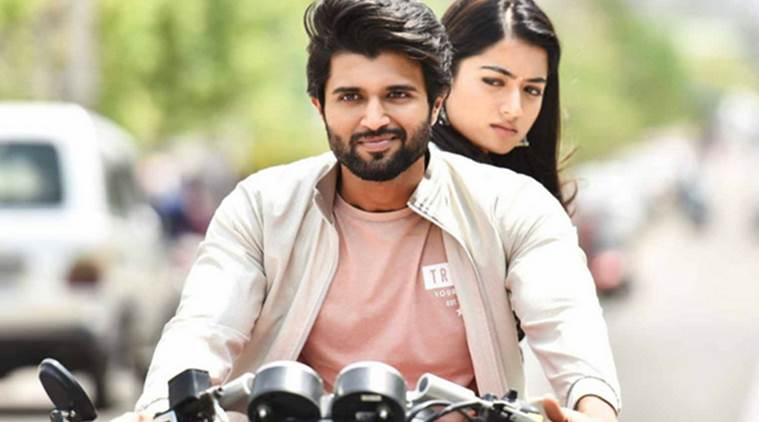 The 54 sec long video opens with the song Enneno Janmala Bandham from the 1975 musical Pooja. In which we can find our lead actors Vijay and Rashmika playing as Geetha and Govindam respectively. The Teaser opens with black and white classy romance between the lead actors. But very soon we realise that both the soundtrack and romance was in his imagination. In reality, the 25-year-old Govind is single and quite desperate to find a girlfriend. Vijay desperately tries to impress Rashmika, who has a very bad impression on him. She tells him in a scene that. “If I see you running behind any woman, I’ll throw acid on you”. After watching the teaser, it looks so beautiful and cute, where Vijay again portrays a role that is relatable to the youths.

Geetha Govindam is directed by Parasuram of Srirastu Shubhamastu fame and produce by young and creative producer Bunny Vyas under his prestigious banner GA2 Pictures. The music of the film is helmed by Gopi Sundar. Starring Vijay Deverakonda and Chalo fame Rashmika Mandanna in the lead roles. This flick is slated to hit theatres on Aug 15.