Over the past few days, I am sure many of you might have come across a music video that is buzzing across all the social media networks. Ahead of Valentine’s Day, makers of an upcoming Malayalam movie Oru Adaar Love have released a track titled Manikya Malaraya Poovi, composed by Shaan Rahman and sung by Vineeth Sreenivasan. 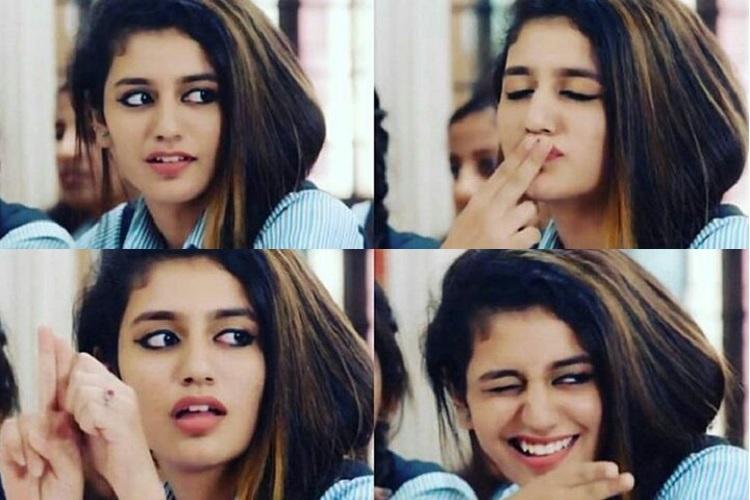 Image: thenewsminute.com
Now, the actress featuring in this music video, who is seen being wooed by her boyfriend at high-school, and as she plays with her eyebrows and winks. Her flirty moves in the song have blown everyone’s heart, and everyone stared searching to find out who this girl with mesmerising smile and eyes is. For all those, who are still wondering, her name is Priya Prakash Varrier, she is all set to make her debut into South film industry with the Malayalam movie Oru Adaar Love. She has been quite active on social media. Her social media posts suggest that she is a B Com student from Vimala College, Thrissur.

She was overwhelmed by all the love and attention she has been showered with, and in order to express her feelings she took to her twitter account and posted a video and wrote, “Thanks for Oru Adaar Love, I am stunned by the Over whelming Support across Social Media. Never knew my debut could be a National Trend #PriyaPrakashVarrier. Grateful to Omar Lulu Sir. Realised already so many twitter accounts of mine doing rounds.”

However, apart from the posts of who fell in love with her expressive face, trolls and funny memes too came up on social media. While she winks, the person on the other side is replaced with faces of Prime Minister Narendra Modi, Mr Bean, Donald Trump, Putin and others, and netizens have found it hilarious as well.