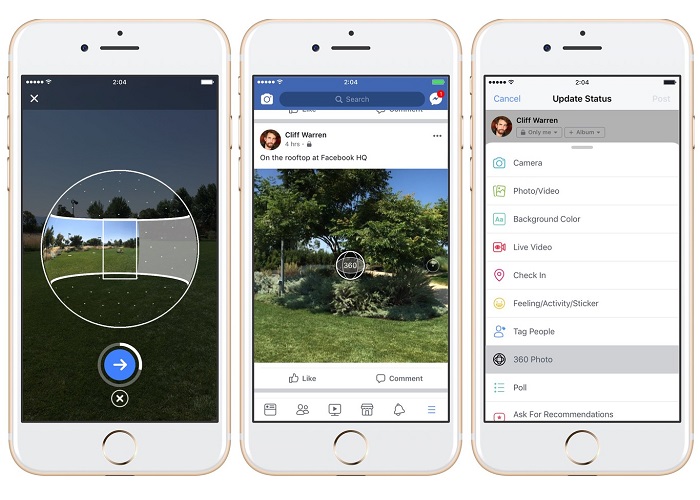 Image: applesencia.com
All that users must do is launch the Facebook app and pick the “360 Photo” option at the top of the News Feed. Press the blue button and follow the path from start to end on screen to complete a full spherical image. Users also have an option to select their preferred starting view within the photo. The report also added “Capturing 360-degree using the Facebook camera is designed to be as easy as possible, too, with Facebook employing computer vision to automatically stitch the photo after you rotate your phone to capture it panorama-style.”

Sharing these images is also easy as they can be done from within the app. Users can share their 360 shots directly to their Timeline or upload them to a specific album. Facebook has also added a couple of new features for any spherical shot that users upload such as tag your friends, or use them as cover images. Facebook already started rolling out 360 Photos and other features worldwide.