Recently, the first look teaser of the Vijay starrer Sarkar directed by AR Murugadoss was released and with no surprise the video has shattered the records by crossing 13 Million plus views in less than 17 hours of its release. Additionally, this film is special because popular director AR Murugadoss and superstar Vijay teaming up for the third time after the success of Thuppaki and Kaththi and fans are hopeful that the duo would score a hat-trick at the box office with Sarkar. Recently the director revealed that Vijay’s character in the film is inspired by Google CEO Sundar Pichai.

However, while the movie is gearing up for the Diwali release, a report claims that a writer and assistant director named Varun Rajendran has filed a complaint against director AR Murugadoss with the South Indian Film Writers Association. In his complaint, Varun has accused that upcoming Vijay starrer Sarkar’s story is a copy of his work titled Sengol which he had registered with the Writer’s Union in 2007. He narrated the story to SA Chandrasekar father of Vijay who has assured that he will get back to him, but now he is not responding back when he tried approaching him. 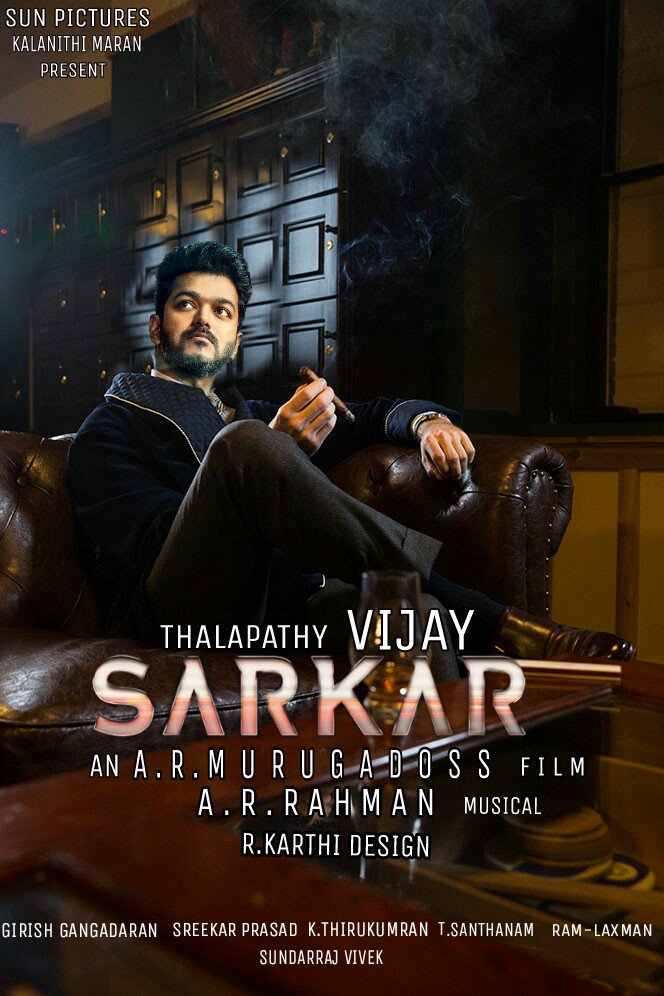 Currently, Actor and Director K Bhagyaraj who is the president of the writer’s association is in talks with Murugadoss and Varun Rajendran to get into an amicable solution to this problem before the release of the much-awaited film.

However, this is not the first time AR Murugadoss is getting into a plagiarism controversy. Earlier, his 2004 release Ghajini was said to be inspired from Christopher Nolan’s 2000 film Memento. His first outing with Vijay, Kaththi, also got into a controversy when a scriptwriter Minjur Gopi filed a case stating that Kaththi’s story, credited to AR Murugadoss, was allegedly stolen from him. Anyway, in that case the scriptwriter later withdrew the case against AR Murugadoss.

Sarkar is directed AR Murugadoss and bankrolled by Kalanidhi Maran under his banner Sun Pictures. The music is helmed by Oscar-winning music composer AR Rahman with lyricist Vivek penning the lyrics. Starring Vijay, Keerthy Suresh and Varalaxmi Sarath Kumar in the lead roles. Rest of the cast include Arjun Sarja, Prem Kumar, Yogi Babu, Radha Ravi, and Pala. Karuppiah. This film is scheduled to hit theatres on Diwali this year.