Lately, a news started buzzing on the internet where Salman Khan and singer Arijit Singh gone against each other again over a song from an upcoming movie Welcome To New York. As per reports, Salman Khan dropped Arijit’s version of Ishtehaar track from the final cut and replaced it with Pakistani singer Rahat Fateh Ali Khan’s version.

This rumour started spreading after former Bollywood singer and union minister Babul Supriyo had demanded that there should be a ban on Pakistani artists in Bollywood, asking the makers of upcoming film, Welcome to New York, to re-record the song sung by Rahat Fateh Ali Khan with an Indian singer. Since then, speculation started spreading that Rahat’s voice might have been used to replace Arijit’s voice in a song from the film. 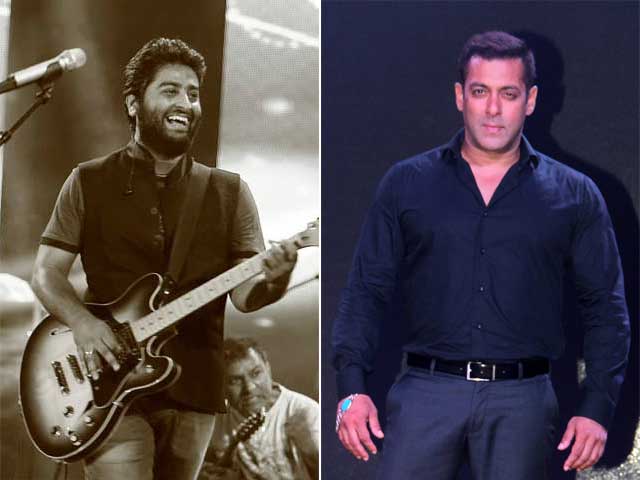 Image: movies.ndtv.com
The film Welcome to New York, starring Karan Johar, Diljit Dosanjh, Sonakshi Sinha, Boman Irani, Rana Daggubati, among others, also features Salman Khan in a cameo for a special song. The 52-year-old actor was rumoured to have replaced Arijit’s voice with Rahat’s voice for the special song. Similar to the news that came up back in 2016, where Arijit wrote a long Facebook post pleading Salman to retain his version of Jag Ghoomeya in Sultan. But Sultan was released with Rahat’s version of the song.

However, producer of the film Welcome to New York, Vashu Bhagnani has denied the rumours of Arijit’s version being dropped from the film. In an interview to a leading daily, Bhagnani said that Arijit never sang any song for his film. His statement in the daily said, “I saw all this on TV and online and was so confused as to what was happening. Arijit Singh never sang for Welcome to New York in any capacity and this can be checked. He never sang a scratch either. Shamir (Tandon), the composer of the song and I were interested in a certain texture of voice and Rahat suited it perfectly. So we asked him. If Arijit didn’t sing, how can anyone remove his voice?”