Here’s a news for all the Moto lovers. According to VentureBeat’s Evan Blass, a recent photo of Lenovo’s new Moto device has been leaked with detailed specs and a release date. The device is an upcoming, mid-range smartphone called the Moto X4. It is said to release sometime in late 2017, probably around Black Friday. Similar to the first Moto X from 2015, X4 will have an aluminium frame.

Moto X4, which will be part of the Moto X range, is built for a mid-range audience. It’s not exactly a budget phone but still comes with decent features, including a Qualcomm Snapdragon 630 chip with eight cores that all run at 2.2GHz, a full HD screen, 4GB of RAM with a 64GB internal storage and a microSD slot to boost storage.The battery of this phone has a 3,000mAh capacity, and is IP68 certified, so it’s able to submerge underwater in a maximum depth of 1.5 meters for up to 30 minutes. 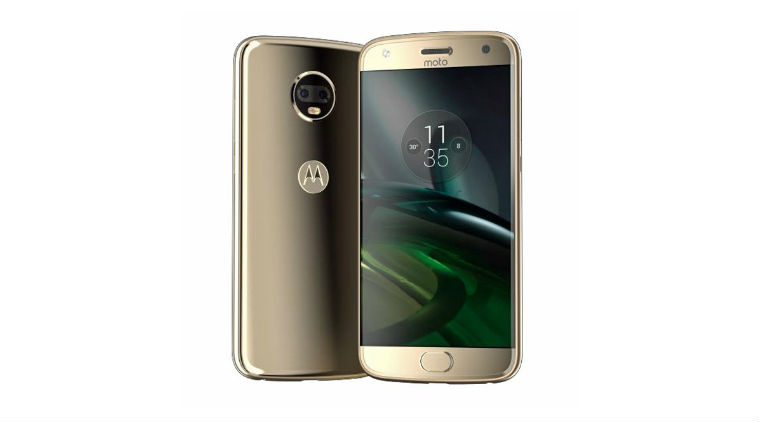 Image: indianexpress.com
The Moto X4 is said to have two rear cameras, in which one is 8-megapixel and the other is 12-megapixel. This will interest the selfie lovers because the front facing camera is reportedly more powerful and comes with 16-megapixel. Other features include a fingerprint sensor on the front, which can recognise gestures, and support for Google’s pay-as-you-go Fi MVNO service, by this feature it makes Moto X4 the first non-Google branded phone to support the Fi MVNO service.

As per a slide from the company’s presentation on May which was leaked revealed that there would be five phones of the new Moto to come, including what we now know to be the Moto X4.