Finally, the trailer of much anticipated movie, Batti Gul Meter Chalu is out and we can’t wait to watch it on the big screen to experience this amazing journey of friendship, romance and most importantly a huge scam based on electricity issues in rural areas of the country.

This Shahid Kapoor, Shraddha Kapoor, Yami Gautam & Divyendu Sharma starrer, Batti Gul Meter Chalu is the first feature film which highlights the problem of electricity theft in India. This film is set in a small town named Garhwal in Uttarakhand, were director Shree Narayan Singh has tried to bring this unexplored concept by combining it with friendship. 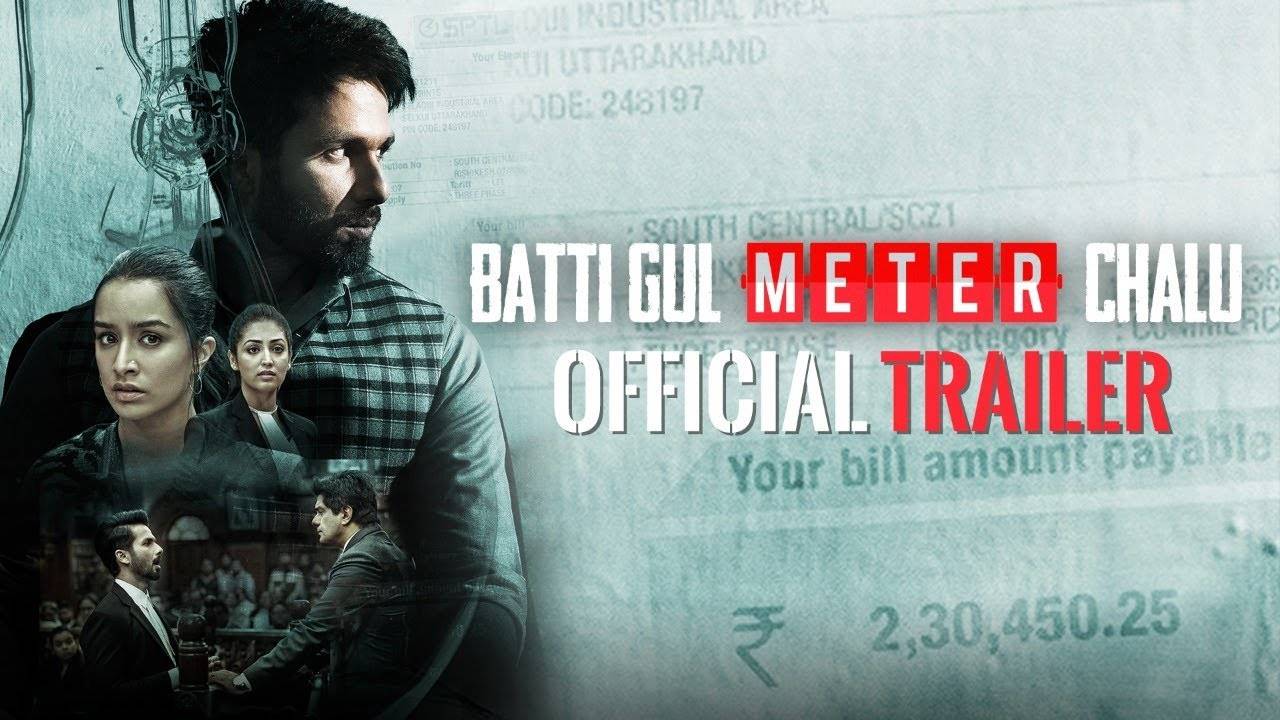 Coming to the trailer, the 3 min long video shows us the life of three friends living life to the fullest in a small city, until one of them (Divyendu) who owns a factory commits suicide under the pressure of paying a hefty amount of Rs 1.5 lakh as his electricity bill. This huge bill comes when the city faces shortage in electricity most times and the factory is powered mostly with the help of generators. After this incident, the story takes an intense turn with Vimal (Shahid) an advocate by profession, who is a carefree man starts fighting against the authorities, seeking justice for his dear friend and Lalita (Shraddha) awakens the responsibility to Vimal and supports him the whole while. However, Yami gets a little screen space in the trailer, who plays as the defending lawyer, Pia, in this movie.