Like every year, Google brings out its ‘Year in Search’ report to give a glimpse of the news, events and trends that dominated internet in 2017. As expected, cricket and Bollywood remained the top two topics that ruled the charts, according to Google India 2017 Year in Search results.

Baahubali: The Conclusion not only broke all box-office records but also topped Google’s trending charts for 2017. As per the data revealed by the search giant. Google said, “After breaking several records at the Box office, India’s most expensive movie also broke the language boundaries attracting humongous search interest from movie buffs across the nation.” Directed by SS Rajamouli, Baahubali featured Prabhas, Rana Daggubati, Anushka Shetty and Tammanah Bhatia in lead roles. It did exceptionally well on the box-office, in India and overseas, shattering many records.

As per the data revealed by Google, as many as seven movies made it to the list of ‘top 10 trending’ queries this year, while the other three spots were filled by cricket-related topics. 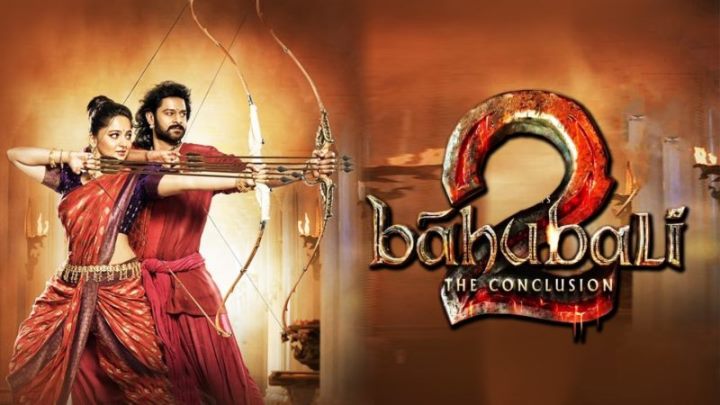 1) Baahubali 2: The sequel to 2015’s super hit was one of the year’s most awaited films. It seems that the country couldn’t get the ‘Why did Katappa kill Baahubali’ question out of their heads. The original epic drama became India’s highest-grossing film, earning over Rs. 650 crores worldwide.

2) Indian Premier League: the popular league which was launched in 2007. IPL quickly became an important fixture in the cricketing calendar. In its tenth year, there was talk of IPL losing its sheen, but its appearance on the number 2 spot says that it is still able to hold audience interest.

3) Live Cricket Score: It is not that surprising because, whenever India plays a cricket match, most of cricket-crazy Indians turn to Google for the latest scores and updates.

5) Half Girlfriend: Based on the book by Chetan Bhagat, Half Girlfriend was the story of a scion from a zamindar family falling in love with a rich, lonely girl. The Shradda Kapoor-Arjun Kapoor-starrer was only a half success. but the film generated a great amount of interest before its release.

7) Munna Michael: The Tiger Shroff starrer was one of the year’s big disappointments. But it is in the top list because Munna Michael film was universally panned.

8) Jagga Jasoos: The Anurag Basu-film was one of the most awaited movies after a long delay and it was Ranbir-Katrina pairing as well as the director and actor pairing which delighted with Barfi. The musical fantasy wasn’t to every one’s taste.

9) Champions Trophy: This was one of the year’s biggest and most watched sporting event. But Indians had a disappointment as their arch-rivals Pakistan took the Champions Trophy home.

10) Raees: The film didn’t exactly bring the house down, but did find critical acclaim, especially for SRK’s negative character and Shah Rukh-Nawazuddin Siddiqui combination. ‘Baniye ka dimaag, miyan bhai ki daring’ line in the trailer might have made the audiences more anxious.