The latest Telugu film Awe hits the theatre. Directed by a debutant director Prashanth Varma. He has started his career as a short filmmaker and impressed everyone. Awe is his first feature film produced by Natural Star Nani along with costume designer Prashanthi. The film is made under wall poster cinema banner. The film stars Kajal Agarwal, Nithya Menon, Regina Cassandra, Esha Rebba, Srinivas Avasarala, Murali Sharma, Priyadarshi Pulikonda and others in the lead roles. Awe also features stars like Nani and Ravi Teja with their voice. 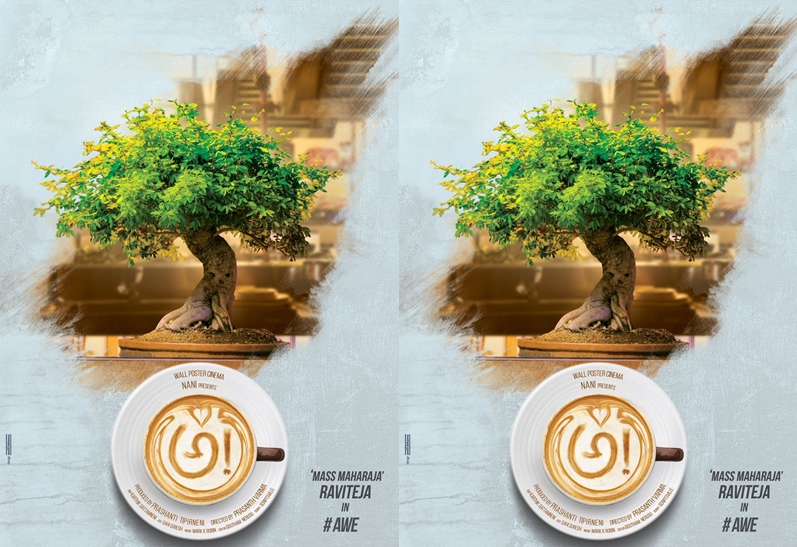 Image: pressks.com
This new film has an impressive theme. Including characters like a chef, a couple who are about to get married, a magician, a drug addict, aspiring time travellers and a woman principal. The entire story revolves around them. Awe is set within the confines of a fancy looking food court that has so many stories going around. The food court itself is a character in the film. It has a coffee shop, a library, restaurant and lots of lovable characters. Each character is too busy to care what’s happening at the next table and stay put on their side of the food court. They are lost in their own problems. Natural star Nani gives voice over for a fish while Mass Maharaj Ravi Teja does it for a tree. Every actor in the film has given their best for the film and justified their role.

Awe film discusses a lot of social issues. Every social problem was discussed clearly in the film with no exaggeration. There is enough curiosity in the movie for us to wait for the next scene. The twists in the stories are going to drive the audiences crazy while watching the movie. When you watch this film, you will feel like watching five films at the same time. Switching between films when they go to commercial breaks. The screenplay of the film is impressive that the director did not even try to confuse the audiences but has adequately unfolded the twists. The climax part of the film is going to be a surprising element for everyone. This is a different narrative structure that is been made in Telugu film industry, and you will enjoy it only while watching it in theatres. So, watch Awe, unique and fantastic film experience.