The much awaited trailer of Jr NTR’s upcoming film Aravindha Sametha was released. Going by the trailer, the film follows the inner struggle of the hero who is struggling to differentiate between violence and grace.

The 2 min 11 sec trailer opens with a seemingly innocent looking Veera Raghava Reddy played by Jr NTR, trying to impress his crush Aravindha played by Pooja Hegde. Later in the trailer we see, Jr NTR in action and slaughtering people. Looks like, Aravindha sets Veera on a path to self-discovery and end the violence that is being passed down in his family for generations. Apart from Jr NTR’s screen presence, Pooja Hegde was one of the highlights of the trailer. Other highlights were S Thaman’s score and Trivikram Srinivas’s dialogues. 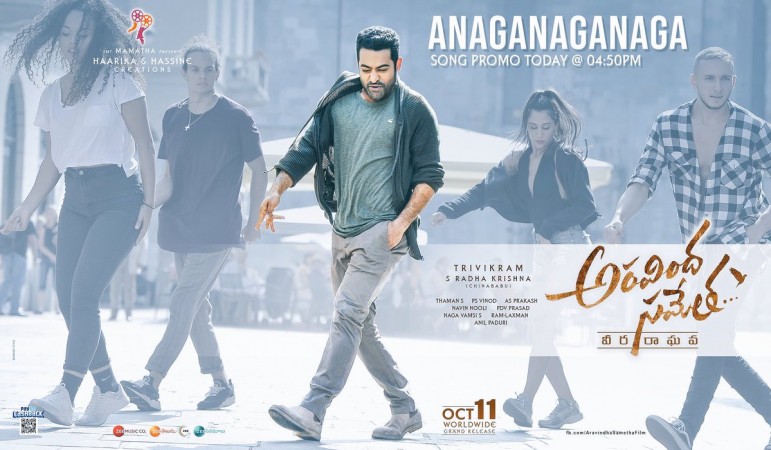