The iOS vs Android fight has always been common between mobile lovers. Apple is back in the business of trying to convince people to switch from a rival platform to its products. This time they are targeting Android users instead of Windows users because some people simply aren’t as loyal to a mobile platform like there are many out there who switch from Android to iOS, and vice versa.

Apple has launched a new website that’s aimed to convince people who currently have an Android phone to buy an iPhone from Apple. The colourful webpage is called Switch which tells Android users that “Life is easier on iPhone”and also answers to a series of questions to why users should switch and how difficult will the switch be. 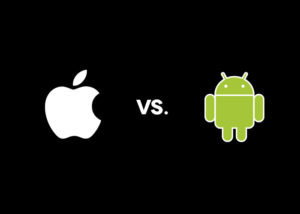 The IPhone makers says downloading Move to iOS app from the Google Play Store will ensure that your switch is easy. You can use this app to move stuff like photos, videos, contacts, mail accounts, calendars, message history, and free apps (including Google’s) to your IPhone.

Apple CEO Tim Cook likes to throw out statistics about the number of “switchers” from Android to iPhone. Cook said during the company’s last earnings call,”We saw the largest absolute number of switchers outside of Greater China that we’ve ever seen in the same period,”

Apple has been targeting Android customers in the past with a separate website. And two years ago, it released an app called “Move to iOS” for Android that was designed to help switchers.