When the world’s best operating systems release their new versions, everyone would try to find out which one is better. So, here is a comparison between both Apple IOS 11 and Google’s Android O 8.0.

Apple’s iOS 11 looks great, but, Google’s Android O 8.0 seems even better. This comparison is based on what Apple and Google shown at their respective developer-centric conferences. 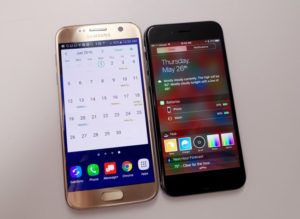 AI features: Google has really done a great job with the new AI-powered features on Android O 8.0 like copying a Wi-Fi password when you focus the camera on it but Apple is yet to integrate its Augmented Reality (AR) technology into the operating system to offer mainstream AI features at the system level.

AR and VR: Android seems way ahead of iOS in terms of improvements made in the AR and VR field. Google Daydream feature flips the VR battle in favour of Android while the upcoming iPhone camera’s AR capabilities will give a tough competition to Google Tango but Google Tango is not fully developed and this could allow Apple to launch its ARKit developer platform in order to capturethe AR market. There is no exact winner when it comes to the AR field.

Operating systems: Google’s Android O 8.0 is up-to-date in terms of regular updates from the developers as it uses an open-source code and its more proactive, unlike Apple’s iOS 11 which is closed. Apple’s operating system is less proactive because it creates the same software for all its portable devices while Google creates the software which can run on hundreds of Android devices.With its regular improvements and optimisations Android O could run much faster as well as boot quicker than Apple’s iOS 11. 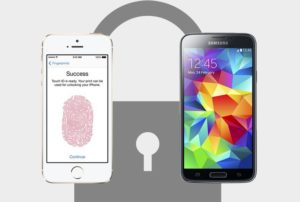 Image: lifewire.com
Voice Assistant:Google Assistant moves a step ahead of Apple’s Siri by offering more than just a voice assistant. A new mode is developed which is called Google Lens that allows the assistant to identify objects, besides enabling the user to type out queries and not just using voice commands like with Siri.Android O seems much more streamlined, thanks to its innovative developments. On the other side, Siri looks outdated with no updates popping out for the digital assistant.

Battery life& Performance:When it comes to performance and battery life, Android O definitely jumps ahead with its faster boot up times, quicker app load times, and various software upgrades  that is aimed at improving the device’s overall battery life but on other hand, you will not see much performance gain when you update IOS from iOS 10 to iOS 11 as Apple often ends up making cosmetic user-interface (UI) improvements between subsequent software upgrades, with more emphasis on design, security and features.

Security issues:Apple steps ahead when it comes to security as it controls both the hardware and software with a well-ironed operating system. Apple’s iOS 11 becomes more secure with the company’s closed source-code policy.