The trailer of upcoming Ayushmann Khurrana starrer AndhaDhun is out. In this movie the actor-singer Ayushmann plays a blind piano player, who later turns out to be a witness/convict in a murder case. The trailer takes us through a roller coaster ride, promising that the movie will make the audience sit on the edge of their seats in theatres.

The 2min long trailer starts by introducing us to the lead role played by Ayushmann, who is a happy blind piano player. We hear him saying that while many know the difficulties of a visually impaired person’s life, they do not know the benefits. Soon, we are introduced to the second character of the film, Radhika Apte, who plays the role of Ayushmann’s love interest. 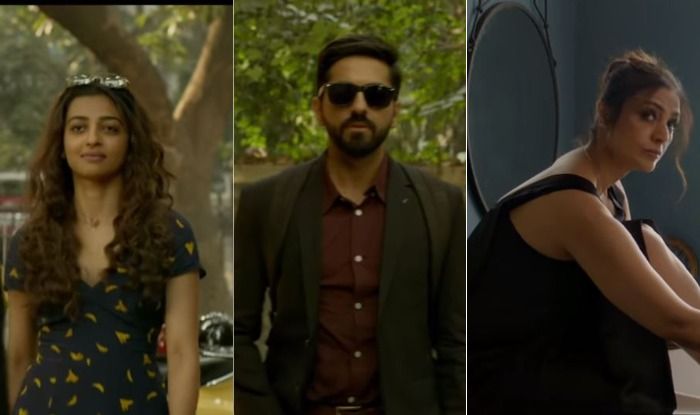 The life of Ayushmann’s character goes smooth until he meets Tabu. After this meeting is when the mystery begins. Soon, we are shown that a murder has taken place and it is Ayushmann who has been convicted/witness. But then questions come in are, how can a blind man be a murderer? Is he being framed or does Ayushmann’s character have a secret? At times you also question if Ayushmann is blind at all because we see him eating popcorn at the theatre and in the end, asking Tabu if an auto in front of them has Aishwarya Rai’s poster on it. The director of the film makes sure to give us a hint that it is Tabu’s character who would bring a change in Ayushmann’s life in the film.

AndhaDhun is directed by Sriram Raghavan. This flick is bankrolled by by Viacom18 Motion Pictures and Matchbox Pictures Private Limited. Starring Ayushmann Khurrana, Radhika Apte, Tabu and Anil Dhawan among others. This upcoming thriller is scheduled to hit theatres on October 5.