Here’s good news for all Salman fans. Director Ali Abbas Zafar has just delivered one of Bollywood’s biggest hits, Tiger Zinda Hai starring Salman Khan and Katrina Kaif in the lead roles. But, even before the collection of this latest movie could end at the box office, the director has started working on his next project already.

This will be the third project of this hit actor-director duo. After watching Salman Khan pull off a role as challenging as Sultan and his swag look in Tiger Zinda Hai, be ready to witness a completely different side of Salman in his upcoming project titled Bharat, where he will be seen in not one but 5 new avatars. 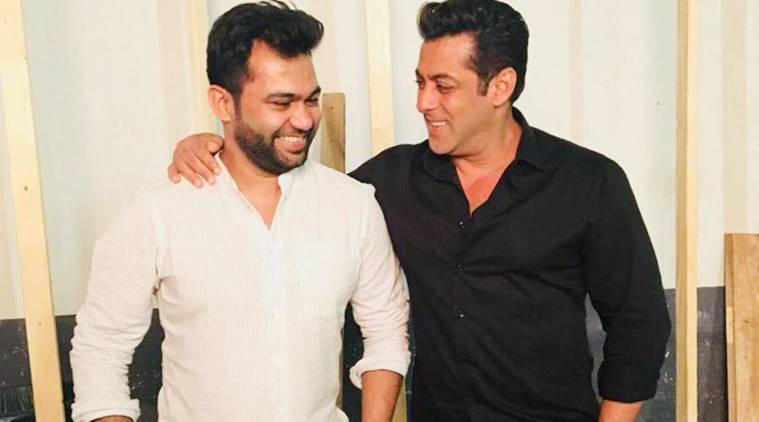 Image: indianexpress.com
Ali, speaking to a leading daily shared about why he began working on Bharat at a time when Tiger Zinda Hai was breaking records at the box-office. He said, “I’m more workaholic, work drives me the most. I’m very excited to jump into Bharat because that’s something I’ve never done before.” He also added, “Bharat is a beautiful story seen through the eyes of Salman’s character. Since it spans seven decades, we decided to feature five extremely different looks. Each avatar will reflect the character’s transition.”

Ali revealed to a leading daily about Salman’s look saying, “We have just locked the script. The film spans between his age of 8 years to 65 years. So, he will be seen in different age groups in the film. And we are right now doing full research with our Indian and international teams to figure out what is the right way to go about it, whether it is prosthetics or whether it is VFX, how to go about all those things. So, we are working on that. But we will know how much we can achieve only after our complete research is done,” Ali shared.

If reports are to be believed, Ali’s Bharat is produced by Atul Agnihotri and will have Salman in a look similar to his movie Maine Pyar Kiya. It will be shot in Delhi, Punjab, Spain and Abu Dhabi. Bharat is a film inspired by Korean film An Ode to My Father, which showcased the journey of a veteran war official in the span of more than 70 years. The film is expected to go on floors in June and will hit the theatres in Eid, 2019.