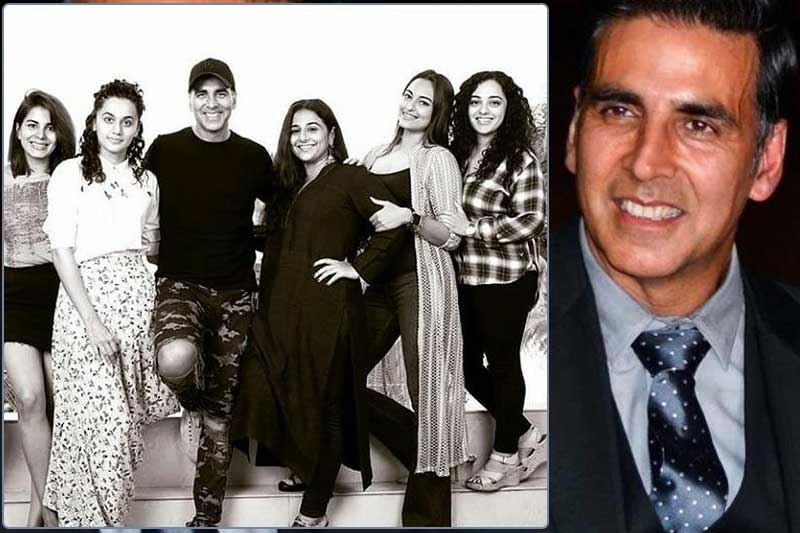 Akshay in a group interview said, “The script demands them to be ahead. They are the real heroes. I am supposed to be behind them even though I am producing it. I am very happy to see these five girls, who are very big in their own way, are not bothered that there are five of them coming together.” He also added, “The attitude of ‘why should I do it’ isn’t there. I don’t think five heroes will come together. I don’t think so. But when I approached them, they were very happy with their roles and were ready to do the film.”

Akshay Kumar, when asked why do heroes have that apprehension, he said he is not aware, as from his end, he has done several multi-starrers. He also added, “I hope seven actors come together. Earlier they used to. Rajkumar Kohli used to make those films and even I’ve done Jaani Dushman”.

On the work front, Akshay Kumar is happy with success of 2.0, along with megastar Rajinikanth. This flick is directed by S Shankar and released on November 29. Apart from this, Akshay has war-drama Kesari up for release next year, along with the a comedy film Housefull 4.