A shocking news for all the cricket fans, South African batsmen AB de Villiers announced his retirement from all international cricket formants with immediate effect. The 360-degree batsmen took to his Twitter handle to announce his decision via a video message.

The 34-year-old batsman said, “I’ve made a big decision today,” his tweet message read. “Hi, this is the Tux Cricket Club, the high-performance centre in Pretoria where 14 seasons ago I arrived as a nervous youngster when I was first called into the Proteas squad. Today, at the same place, I want to let you know that I have decided to retire from all international cricket with immediate effect. After 114 Tests, 228 ODIs, 78 T20Is. It is time for others to take over. I have had my turn and to be honest I am tired. This is a tough decision. I have thought long and hard about it. I would like to retire still playing decent cricket. 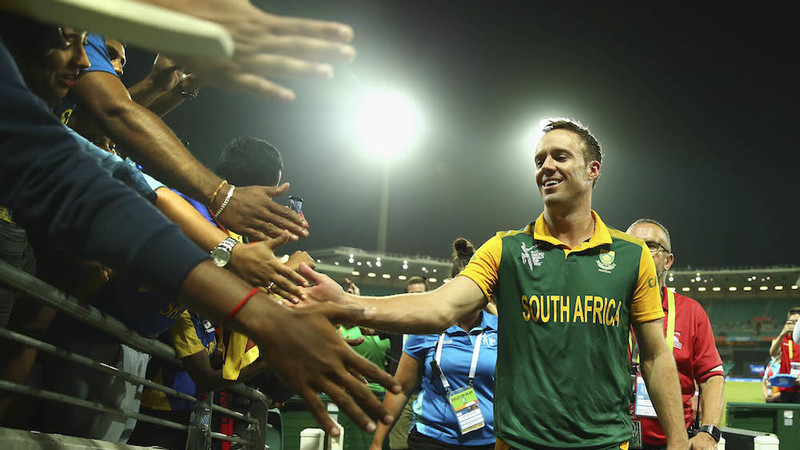 Image: mg.co.za
After the fantastic series win against India and Australia, now feels the right time to step aside. It would not be right for me to pick and choose where and when and in what format I play for the Proteas. For me in green and gold, it must be everything or nothing. I will always be grateful to my teammates, coaches and the staff of Cricket South Africa for their support through all these years.” ABD also added, “It is not about earning more somewhere else. It’s about running out of gears and feeling it’s time to move on. Everything comes to an end. To cricket fans around South Africa and around the world, thank you very much for your kindness, generosity and today for your understanding. I have no plans to play overseas. I hope I can continue to be available for the Titans in the domestic cricket. And I will remain the biggest supporter of Faf Du Plessis and Proteas. Thank you,”

ABD has captained his country side in 103 games after taking over the position from Graeme Smith in 2012. He was in charge for the 2015 World Cup campaign, which ended in tears following a sad semi-final loss to New Zealand at Eden Park. He held on to the captaincy until August 2017 and later stepped down to let Faf du Plessis become the all-format leader.