Finally, the most awaited teaser of Rajinikanth-Akshay Kumar starrer 2.0 is out. The teaser is packed with some high-octane stunts and Chitti the Robot is been given a fabulous introduction. 2.0 is a highly-anticipated film not only for superstar Rajinikanth fans but also for those of Akshay Kumar, because 2.0 marks Akshay’s debut in the Tamil industry that too sharing screen with Thalaivar. However, Akshay Kumar will be playing as a villain in this upcoming flick.

Bollywood filmmaker Karan Johar is presenting 2.0 in Hindi, in collaboration with Lyca Production. Karan took to his twitter handle to announce the teaser and wrote, “I am exceptionally proud and honoured to present the mega and mammoth cinema experience – Shankar Shanmugham’s exceptional vision is soon coming your way. Watch this space for more”. 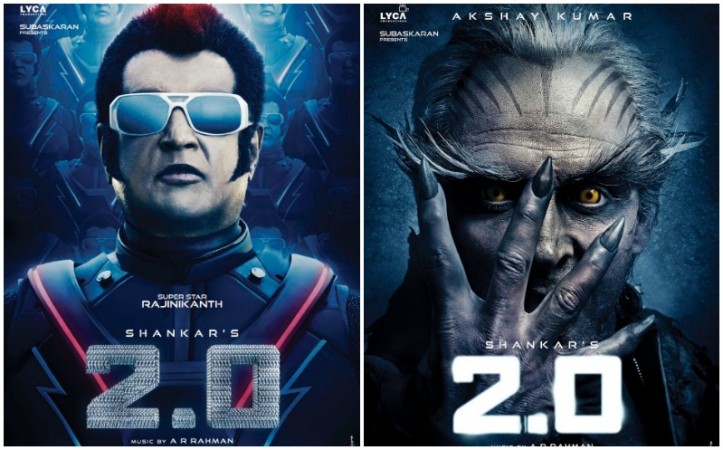 Coming to the teaser, the 1 min 32 sec video begins with a shot of crows flying upon a tower in a city, appearing to be Chennai and the next thing which happens leaves the residents confused, rather shocked. Suddenly, all the mobiles phones in the city flies and disappear mysteriously. Later, we find a huge eagle like creature destroying the city. This huge eagle like creature seems to be made by all the mobile phones that suddenly disappeared before.

Meanwhile, the administration of the city, chaired by Adil Hussain, meets up to find out a solution to it. “This is beyond science,” Rajinikanth, who plays scientist Dr Vaseegaran, says. Thereafter, Chitti takes over. Akshay Kumar, who plays the as the evil scientist named Dr Richard, is the man behind all the destruction. Later, Chitti and Dr Richard have a face-off. We also caught a glimpse of Amy Jackson, who is paired opposite Rajinikanth.

2.0, directed by Shankar is a sequel to Rajinikanth’s 2010 film Enthiran (Robot in Hindi). bankrolled by Lyca Production and the music is helmed by Music Maestro AR Rahman. Starring Rajinikanth, Akshay Kumar, Amy Jackson and others. Finally, the wait seems to come to an end, this film is expected to hit theatres on November 29.